Your cart is empty

This iconic British fashion designer exhibition continues to travel around the world.
In a collaboration between the Taipei Fine Art Museum and the Victoria and Albert Museum of London, the works of Mary Quant move to South East Asia.

Mary Quant original products will be sold at this exhibition.

QUANT The story of an icon: Mary Quant

Studio Soho Distribution has announced the release of Goldfinch Entrainment’s documentary about Mary Quant. Quant will be available in the UK on digital download on Sky from 21st February, and on DVD & VOD from the 28th. Directed by Sadie Frost, it is:
The first official feature documentary celebrating the incredible life of one of the most influential icons of the 20th Century, fashion designer Dame Mary Quant. Featuring contributions from Kate Moss, Vivienne Westwood, Edward Enninful, Dave Davies, Charlotte Tilbury, Jasper Conran and Zandra Rhodes as well as Mary’s family and peers. [from Studio Soho Distribution]

The V&A’s Mary Quant Exhibition continues to travel around the world: after the V&A South Kensington (England), the V&A Dundee (Scotland) and the Bendigo Art Gallery (Australia), it will open a new chapter in New Zealand at the Auckland Art Gallery Toi o Tāmaki.

Following the success of the V&A’s Mary Quant Exhibition at the V&A South Kensington and V&A Dundee, the exhibition toured to Bendigo Art Gallery in Australia from March 20 to 11 July 2021.

Mary Quant original products were sold at this exhibition.

Mary Quant’s iconic work is being featured in the exhibition “Mid-Century Modern Art Design from Conran to Quant” at Dovecot Studios in Edinburgh.

The exhibition showcases the work of young artists in Chelsea, London from 1955 to 1977 and features the fashion, design and art of Terence Conran, Mary Quant and Bernard and Laura Ashley among others.

A blue plaque celebrating Dame Mary Quant’s achievements was unveiled on 16th September 2019 on the site of Mary’s original Bazaar store at 138A Kings Road.

The Mary Quant Group allowed the use of the iconic Daisy on the plaque. 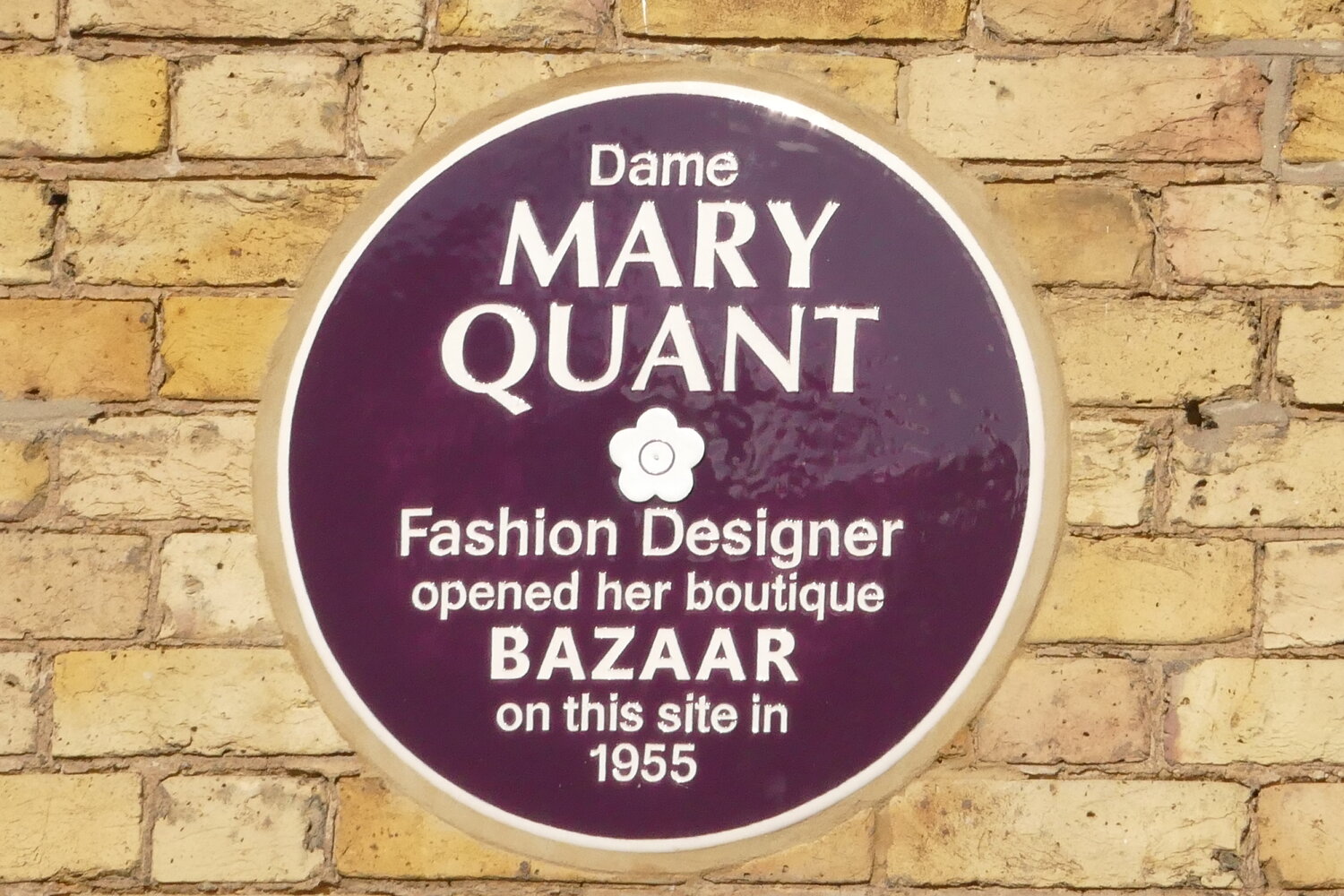 The Victoria & Albert Museum is hosting the first Mary Quant exhibition for 50 years from early April 2019. Plan your visit to see over 200 original garments and accessories sourced from Mary’s own private archive as well as many much-loved pieces donated by Mary’s loyal fans. Learn more about Mary as a designer and how she changed the world of fashion forever.

The Mary Quant Group supported the exhibition by providing our cosmetics for sale at the museum, and by allowing the V&A to manufacture exclusive products featuring our trademarks including the iconic Mary Quant Daisy under licence.

This exhibition showcased the iconic designs of the Chelsea set in London in the 1960s, notably Mary Quant and Terence Conran, and how they revolutionised fashion, textiles and homeware.

10% OFF to new newsletter subscribers


We respect your privacy. We won’t share your details with anyone else and there is an ‘unsubscribe’ button at the bottom of every e-newsletter.